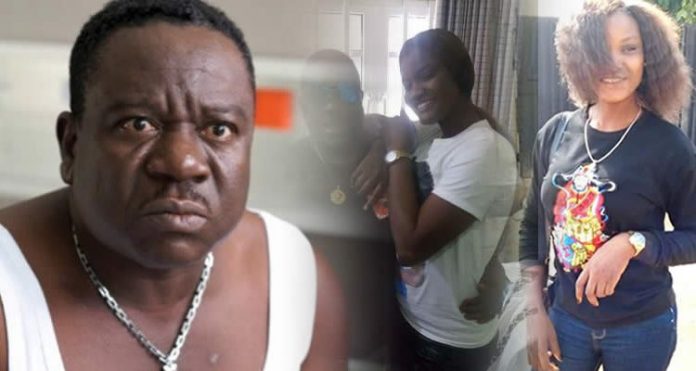 Nollywood actor, John Okafor, popularly known as Mr Ibu, has reacted to a statement posted on Instagram by a female fan claiming that he had a one-night stand with her.

Ibu, in a telephone interview with our correspondent on Wednesday, said that although he posed for a photo shot with the fan in question, he never had sexual intercourse with her.

Recounting what happened, he said, “The woman approached me to take a picture with me alongside her husband. She said she happily posted those pictures she took with me without any write-up. It was when a blog carried the picture that a write-up appeared from nowhere.

The actor described the offensive statement as the handiwork of unknown enemies who were planning to tarnish his image.

Pleading with members of the public not to believe everything they read online, Ibu also claimed that some people, in an attempt to rubbish his name, had hacked into his social media accounts and impersonated him.

He said, “I know that I have enemies. They were the ones who put that write-up to tarnish my image, but they can never succeed because I have never stepped on anybody’s toes and I will never do it. I only want to upgrade people and make them happy.

“Some people are trying to pull me down.  I’ve witnessed instances where hackers used my account to defraud other people and upload all sorts of nonsense about me. But I always tell people that I am not the owner of those accounts.”

On his ongoing movie project, Ibu described it as the biggest he had done till date, while disclosing that a major Hollywood actor had been billed to appear in the movie.

“If I hadn’t chosen acting as a career, I would definitely have become a football agent,” he said.

Man Posts Controversial Picture Of Himself And Female Partner After Sex.