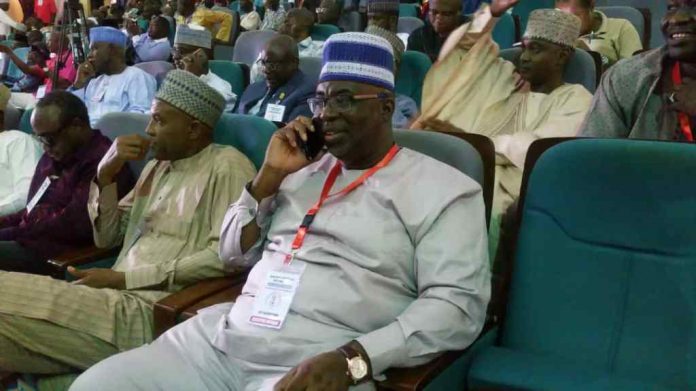 Nigerian Football Federation First vice chairmen, Seyi Akinwunmi was re-elected into the NFF board on Thursday in Kastina Completesportsnigeria.com reports.

Ahmed Fresh and Yahaya Kwande were also re-elected in the executive board of the NFF as representatives from the North Central.

Alhaji Ibrahim Gusau also emerged winner for the post of chairman of Chairmen unopposed following the withdrawal of Dr. Ifeanyi Ubah from the race.

Earlier, President of the Nigerian Football Federation, Amaju Pinnick was re-elected to lead the Federation for the next four years after he beat the trio of Aminu Maigari, Taiwo Ogunjobi and Chinedu Okoye at the poll.