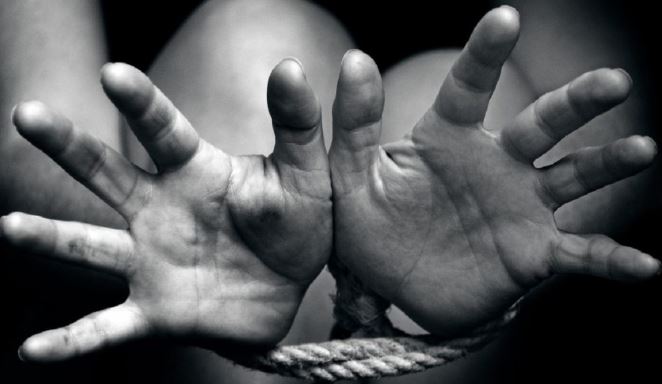 Idris, 25, was arrested by the police detectives attached to kagara Division on a tip-off.

It was learnt that the suspect allegedly connived with some accomplices and abducted a three-year-old girl, Fatima Nura, of the same address, in order to demand ransom from her parents.

Northern City News gathered on Thursday that the suspect, who hailed from the Dustenma Local Government Area of Katsina State, was contracted to kidnap the little girl by her accomplices.

She was said to have taken her victim from Pandogari to Katsina after receiving N5,000 from her fleeing gang members.

Idris, however, blamed her father for the crime, saying he did not properly bring her up.

“My father did not consider it necessary to train me to be responsible, otherwise, why should I involve myself in this wicked act? Why should I even kidnap my neighbour’s child who always played with my children? It’s unfortunate,” she said.

The suspect said she doubted that “Allah and my neighbours will forgive me for what I did to this little girl; in fact, I don’t deserve to be alive to face this shame.”

The Police Public Relations Officer, Muhammad Abubakar, said the victim had been released to her parents, adding that the suspect would be arraigned in court soon.

Lagos Housewife Arranges Her Own Kidnap, Demands N15M Ransom From Her...