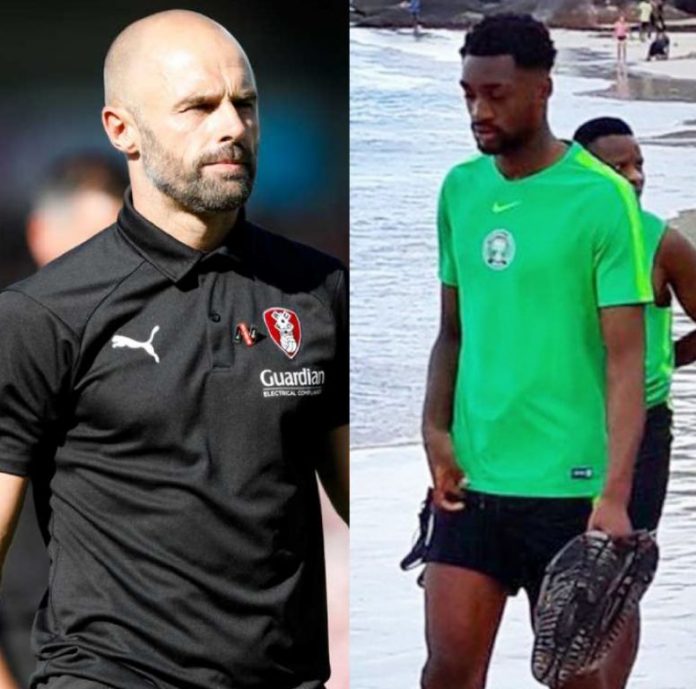 Ajayi was handed a surprise invitation by Super Eagles head coach, Gernot Rohr for the 2019 Africa Cup of Nations qualifying fixture against Seychelles in Victoria early this month which the side won 3-0.

The centre-back made his international debut for Nigeria in the game against Seychelles coming on as a second half substitute for the injured Chidozie Awaziem.

Warne informs that the recent experience at the international level has had a positive effect on the defender.

“He (Ajayi) is doing alright to be fair. I miss him in midfield really, but I think Woody likes playing beside him. He is really assured and really confident. I think him getting a call-up has cemented his confidence,” Warne stated during his interaction with the media on Thursday ahead of Saturday’s English Championship clash against Nottingham Forest.