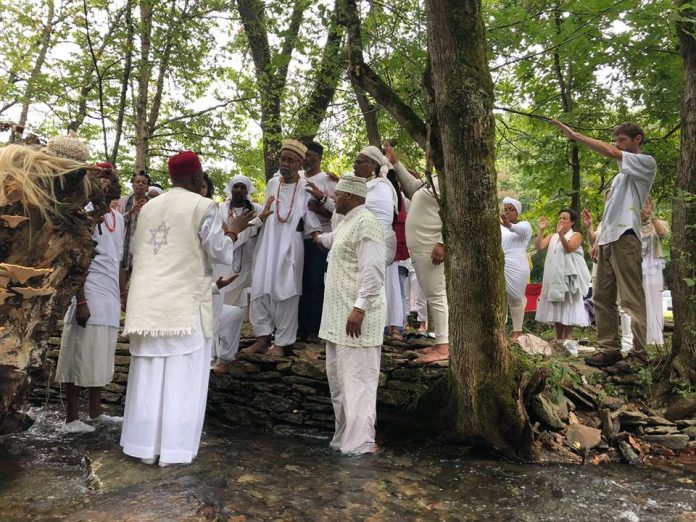 A Nigerian monarch, King Nwachukwu Nashid Koleoso Karade Eri, has been confirmed a ruler by his community in Lexington, Kentucky in America. He was confirmed a king after undergoing spiritual rites and cleansing.

According to reports, King Nwachukwu, who is a DNA tested African America Igbo and a retired university administrator, has been paying regular homage to Iduu Eri Kingdom in Anambra state yearly and has been involved in several prayers and cleansing during his stay in Igboland.

The historical coronation ceremony was presided by His Majesty, Eze Eri 34th, Eze Aka Ji Ovo Igbo and supported by members of his royal entourage.

The US House of Representatives of the commonwealth of Kentucky as well the Mayor of Lexington, all sent their encomium.