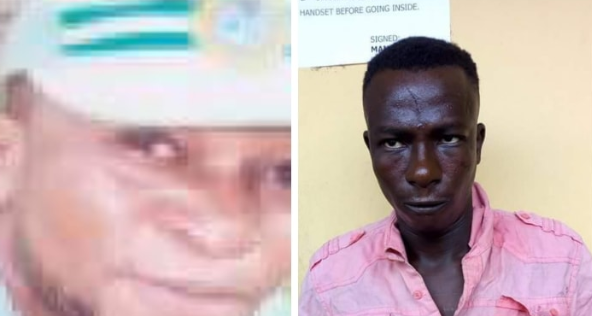 A suspected cult leader and armed robber, identified as Mr. Prince Owei, has been arrested by the police in Bayelsa State. Owei, an indigene of Ikebiri community of Southern Ijaw but resident in Ovom, Yenagoa, is said to be the suspected to be the killer of James Onuh, a member of National Youth Service Corps in Obele area of Yenagoa, the state capital, in 2016.

It was learnt that Owei is the second in command of a notorious cult group, the Icelanders.

The suspect’s victim (Onuh), who was a graduate of the Federal University of Agriculture, Markurdi, Benue State, was then attached to the Bayelsa State Ministry of Works and Infrastructure for his primary assignment.

Onuh was shot dead at Obele junction in Yenagoa while using the Automated Teller Machine in 2016.

It was also gathered that the suspect, who was arrested by the special tactical team of the State Police Command following an order of the State Commissioner of Police, Austin Iwar.

The police spokesman, a Deputy Superintendent of Police, said the suspect was arrested at the Samson Siasia Sports Complex, Yenagoa, on his way to watch a football match.

He said the police recovered a locally-made revolver pistol, one live cartridge and packets of Rohypnol tablets from Owei.