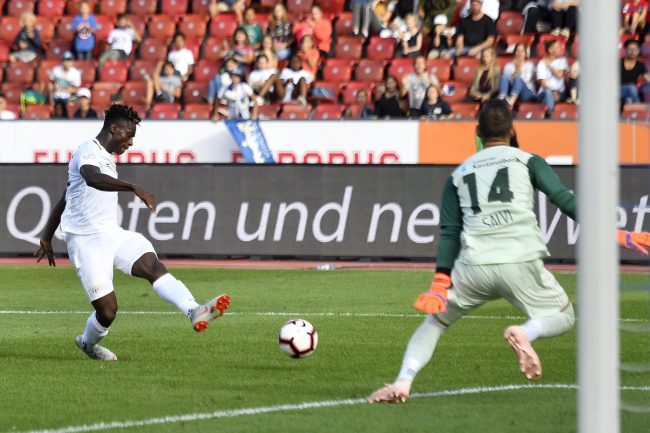 Odey bagged the match winner for his side in the 55th minute of the cagey encounter to end his four game goal drought in the Swiss Super League in his sixth league start this season.

Odey, 20, scored his first league goal was against Grasshopper on the 28th of July, a game which FC Zurich won 2-0.

The strike however took Odey’s tally to five in eight games in all competitions this season.

Eleke came on for Luzern in the last six minutes of the encounter and could not make any difference for his team. He has scored six goals in seven games for Luzern in all competitions.

FC Zurich are now fourth with 11 points from seven games.

FC Zurich will face Sion in their next league game on Thursday, and Odey will be aiming to score again as he targets surpasing his best season tally of two league goals.

Photo: Is This $6 Million Gold Lamborghini The World’s Most Expensive...