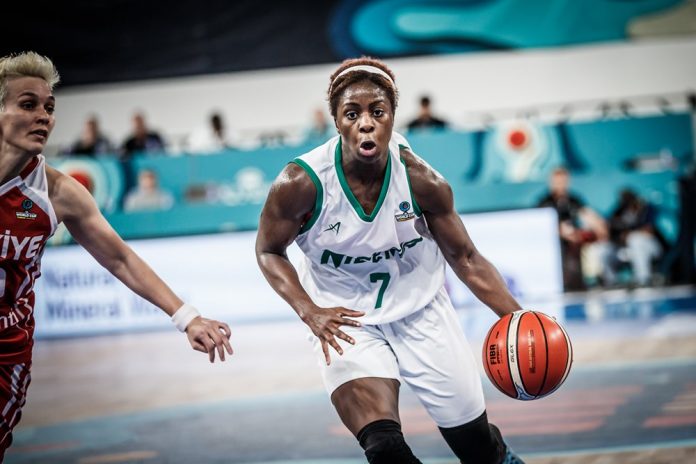 D’Tigress’ guard, Sarah Ogoke, is targeting another win in their final Group B game at the ongoing 2018 FIBA Women’s World Cup in Tenerife Spain against Argentina on Tuesday following their remarkable win over Turkey at the Santa Cruz de Tenerife court on Sunday, reports Completesportsnigeria.com.

Ogoke was in bullish mood for the D’Tigress who recorded a landmark 74-68 victory over Turkey- their first-ever FIBA Women’s Basketball World Cup win.

“I’m not satisfied at all because to me it’s a big win, but we can’t feel comfortable until we beat Argentina and move into the next round,” Ogoke told FIBA.com.

“It’s not over yet and we’re just getting started.