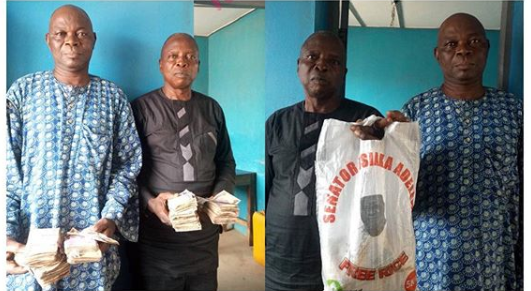 The Force made this known in a statement on its official Twitter page.

It was gathered that the suspects were arrested with N604,000 at Iwo Local Government Area of the State.

The Statement reads, “Two (2) suspected vote buyers have been arrested by a team of police personnel on election duty at Iwo LGA of OSUN State and the sum of N604,000 recovered from their possession.

“Investigation is being intensified.”