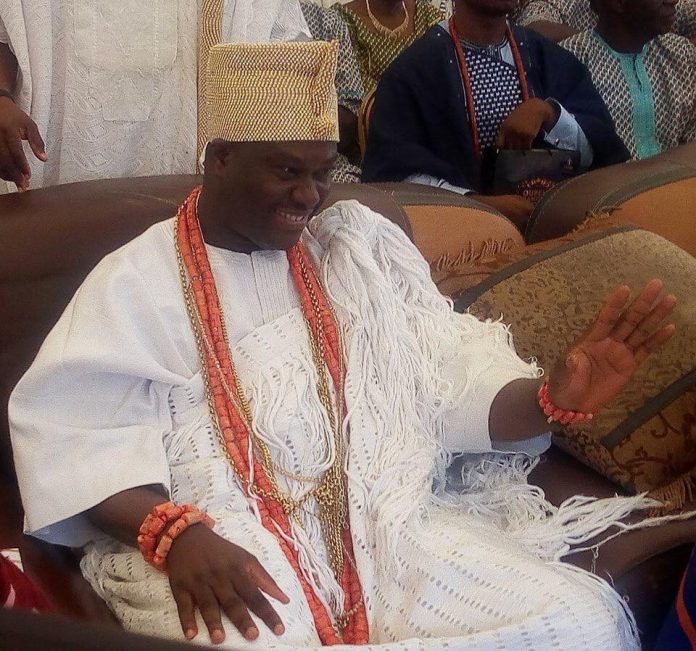 The Ooni of Ife, Oba Adeyeye Ogunwusi, Ojaja II, has warned youths against political violence before, during and after the Osun gubernatorial election coming up on Saturday.

Oba Ogunwusi gave the warning during the courtesy visit of the Social Democratic Party (SDP) gubernatorial candidate, Sen. Iyiola Omisore to his Palace, on Thursday, in Ile-Ife.

He said: “It is only Almighty Allah that has the power to elevate whoever He wants to the post. For He is in Heaven doing what pleases Him”.

According to him, people don’t need to fight each other over getting to a post, but should rather allow God’s will to come into perfection.

The royal father, therefore, appealed to all and sundry to maintain peaceful coexistence in the forthcoming election, saying there is no gain in blood shedding.

Earlier, Omisore lauded the Ooni for his fatherly role and for supporting his aspirations to rule the state.

Omisore also thanked Ife and Osun indigenes, for rallying round him in his campaign and appealed to all and sundry to support him by casting their votes for him during the election.