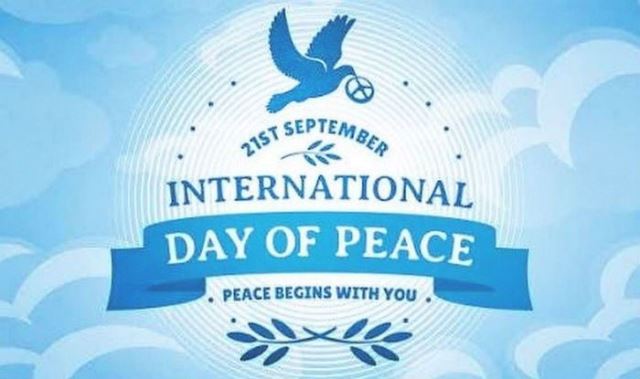 London, 19 September 2018 – People in more peaceful countries are more pessimistic about prospects for peace than those in conflict environments, according to a survey of 15 countries commissioned by International Alert and the British Council.

The Peace Perceptions Poll 2018, conducted in partnership with global polling agency RIWI, asked people around the world about their perceptions of peace and conflict.

It found that the UK topped the list of pessimistic countries, followed by Brazil, the US and Hungary. 40% of respondents in the UK said prospects for peace and security in their country will get worse in the next five years, making them more negative than those living in conflict areas, including Nigeria and the Democratic Republic of Congo (DRC).

Across the world, ‘lack of jobs and ability to provide for one’s family’ was seen as the main reason that would push people to violent action. This was followed by a ‘sense of injustice’ and a ‘need to improve one’s social status’. The poll also found that terrorism and criminal violence are people’s top security concerns globally.

Over 110,000 people participated in the survey, which was carried out online in Brazil, Colombia, DRC, Hungary, India, Lebanon, Myanmar, Nigeria, the Philippines, South Africa, Syria, Tunisia, Ukraine, the United States of America and the United Kingdom, with targeted polling separately undertaken in Northern Ireland.

83% of global respondents said having political influence was fundamental for peace and security, with 90% saying the same about access to economic opportunities.

People in DRC and South Africa felt the highest levels of political exclusion, with 50% and 44% of those polled respectively saying they are less able to influence the political decisions that affect them, compared to five years ago. This was followed by the UK (41%), Hungary (40%) and the US (37%).

Where people felt they had less political influence, they predominantly blamed it on ‘corruption and bribery’ in politics. This was most strongly felt in South Africa, Ukraine and Nigeria.

Those who thought they had more political influence attributed it extensively to social media and technology, which ranked top with 28% choosing it.

Interestingly, those who felt they had least access to economic opportunities lived in middle- to high-income countries, including Hungary, Ukraine, the UK, Lebanon, the US and South Africa.

Most respondents said the most effective way to create long-term peace was through ‘dealing with the reasons why people fight in the first place’ (27%), followed by ‘supporting societies and communities to resolve conflict peacefully’ (26%).

Asked where their governments should spend more to promote peace, the top response was ‘dealing with the reasons why people fight in the first place’, followed by ‘teaching peace, tolerance and conflict resolution in schools’. Globally, military interventions had the least support, with only 9% selecting it.

Harriet Lamb, CEO of International Alert said: “At a time when conflict is on the rise, the poll shows strong popular support for peacebuilding approaches, which focus on dealing with the reasons why people fight in the first place.

“The public clearly understand what is needed to build peace. People have crisis fatigue – they want long-term solutions. Politicians should focus on how to break the cycle of violence by investing more in peacebuilding.”

Professor Jo Beall, Director Education and Society, British Council said: “Positive peacebuilding is not just the absence of violent conflict, but the rebuilding of trust and the restoration of relationships that serve the needs of the whole population. In seeking to understand people’s experience of conflict, and their aspirations for peace, we believe these findings will be useful for leaders and policy-makers facing up to the challenges of peacebuilding.”