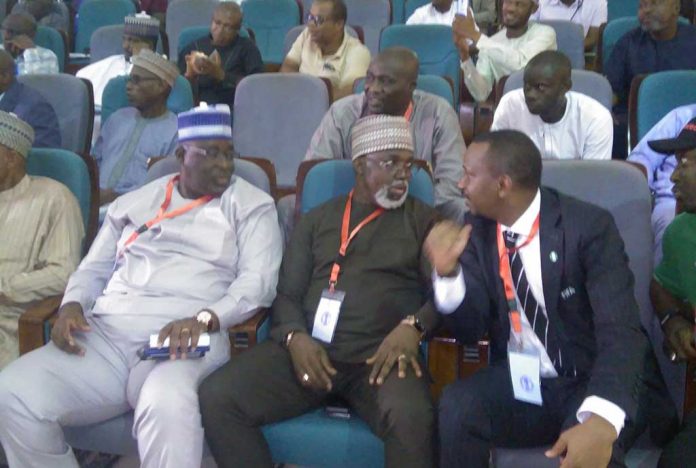 President of the Nigeria Football Federation, Amaju Pinnick has been re-elected to lead the Federation for the next four years , Completesportsnigeria.com reports.

Pinnick becomes the first President to be re-elected during the ‘NFF’ era of the nation’s football ruling body. Sunday Dankaro who led the body from 1974-1980 got a secon term during the Nigeria Football Association (NFA) era.

Maigari who received a provisional clearance to contest had eight votes while Ogunjobi recorded two votes. Chinedu Okoye recorded no vote during the election.

Election into other positions is currently ongoing as at the time of this report.