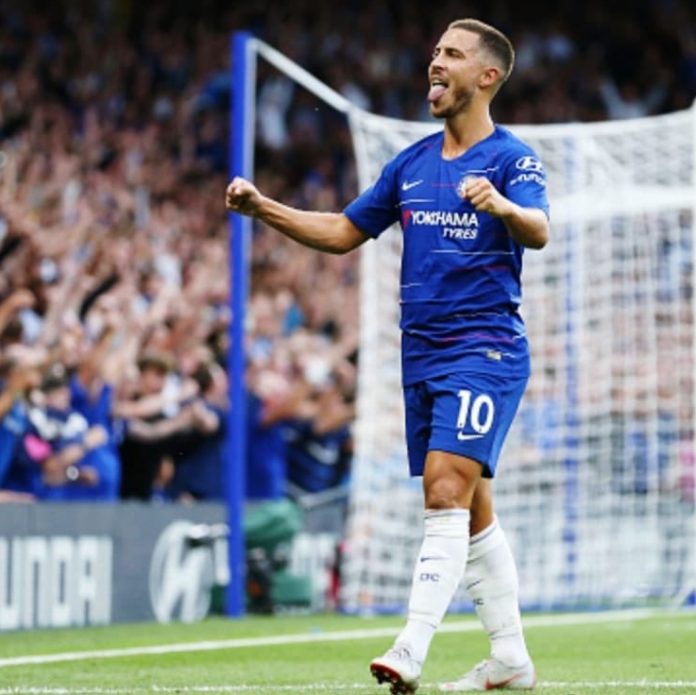 Chelsea assistant manager , Gianfranco Zola, believes the club’s star man, Eden Hazard is still not at his best and is convinced that there is even more to come from the player despite his impressive start to the season.

The Belgian was eased into the 2018-19 campaign by new Blues boss Maurizio Sarri on the back of a hectic World Cup summer with his country.

That approach has delivered rich rewards, with Hazard having already contributed five goals and two assists to the Chelsea cause.

Three of those efforts came in his most recent Premier League outing against Cardiff, with a scintillating display seeing the 27-year-old showered with praise

Hazard is, however, being tipped to take his game to even greater heights by a man who once filled the role of club talisman at Stamford Bridge and returned to west London as a first-team coach over the summer.

“Eden is a fantastic player and is getting to have more maturity when he plays so the results are mainly due to his qualities,” Zola told Chelsea TV.

“Of course he’s the type of player that it can benefit him a lot because you have a lot of the ball, close to the opposition’s goal and in these conditions Eden can take a big advantage.

“I think he’s still not at his best. The more he plays in and understands the system, he’s going to be even more effective.”