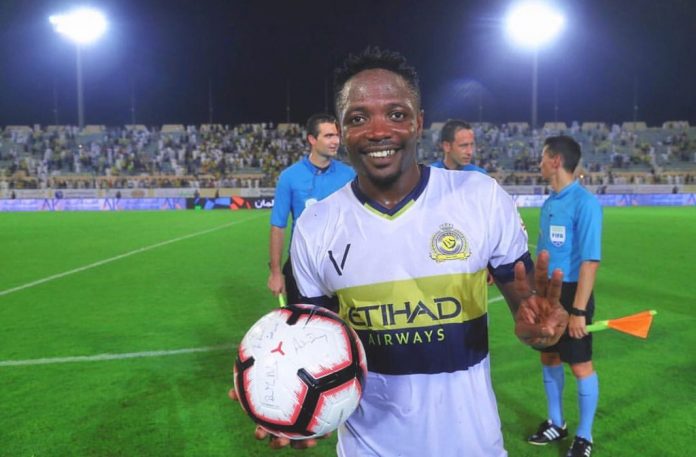 The former CSKA Moscow striker opened scoring for Al Nassr in the 21st minute after he was set up by Abderrazak Hamdallah.

His second of the game came four minutes before the break with Hamdallah also providing the assist.

Musa took to his Twitter handle moments after the match to express his happiness at his first hat trick for Al Nassr and thanked his teammates and fans.

“First Hat Trick for @alnassr!!! Thanks to my teammates and the supports for all the love! ?????,” a happy Musa tweeted.

Al Nassr have now won all three games in the Saudi Professional League this season.

Jose Daniel Carreno’s men sit at the top of the standings with nine points.