A tourist was bitten in the face by a street worker after the pair got into a row over the price for her services. Holidaymaker Shashank Agarwal was drinking with friends on the notorious Walking Street in Pattaya, Thailand, when he was about to go home at 4am today.

But Shashank started talking with local prostitute Sukanya Pafaek before asking what price for her to return to their hotel.

But negotiations over the fee broke down with each person becoming angry and the Ms Pafaek, 38, claims the man then started grabbing her arm and refusing to let her go, which caused a scuffle.

Footage taken by horrified onlookers shows the pair grappling on the floor at the entrance to a nearby bar before Sukanya mauled the tourist.

Shashank, 30, was heard howling in pain as Ms Pafaek in high heels and a black waist high mini-dress sank her teeth into his lower lip and wouldn’t let go.

The Indian man emerged from the fracas with blood pouring from his mouth and half of his lip hanging off having been severely bitten.

He said: “I didn’t do anything. We were just talking and she attacked me.”

Police arrived on the scene and separated the pair as they calmed the argument.

Ms Pafaek admitted she had bitten the tourist’s face but claimed it was in self-defence after he first attacked her.

She said: “I don’t know him. I was just walking home and we started talking about going together.”He did not want to pay. Then he held my arm and slapped my face. He was drunk. “He attacked me first so I fought back to defend myself. I bit his lip to try and get him off me. Because he was attacking me. It is not my fault.”

Shashank went to Pattaya Memorial Hospital and Ms Pafaek was taken to the Pattaya City Police Station where she was held in custody and due to be questioned later today. 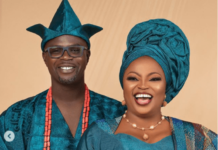