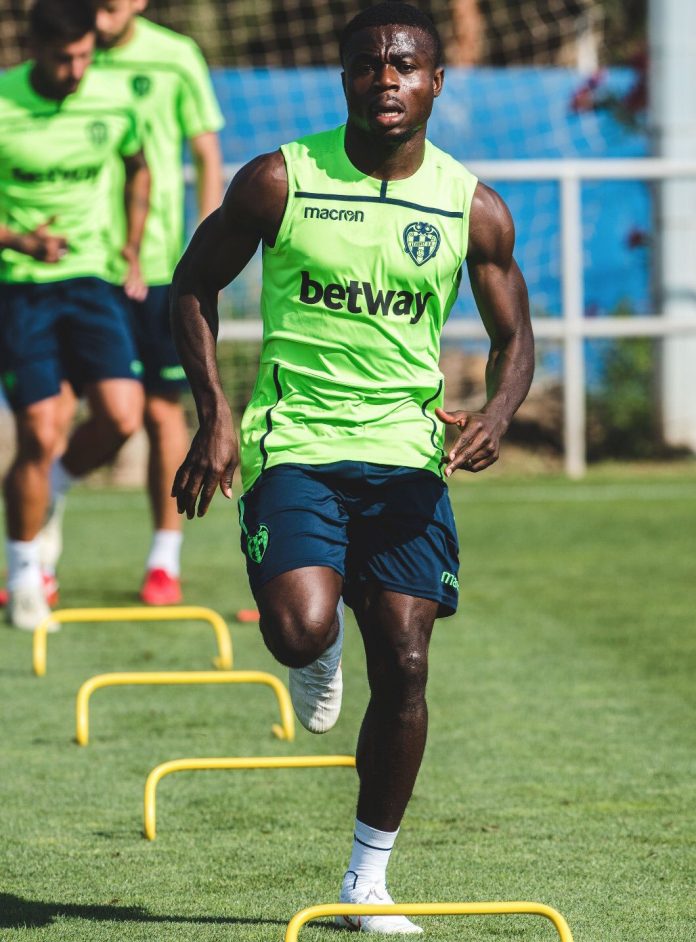 By Adeboye Amosu:
Super Eagles winger, Moses Simon, is in line to make his debut for Spanish side, Levante after he was named in the club’s 19-man squad for Sunday’s LaLiga Santander home clash against Sevilla at the Estadio Ciudad de Valencia, reports Completesportsnigeria.com.

Simon, 23, linked up with Levante from Belgian outfit, KAA Gent this summer.

The former AS Trencin of Slovakia winger is however yet to make his competitive debut for the club after picking up an injury in a pre-season game against Real Zaragoza.

He has missed Levante’s opening four league games of the season as a result of the injury.

Simon has battled hard to stay fit in recent months. He missed out on a place in Nigeria’s squad to the 2018 FIFA World Cup in Russia due to injury.

Levante sit in 12th position in the La Liga table with four points from four games.