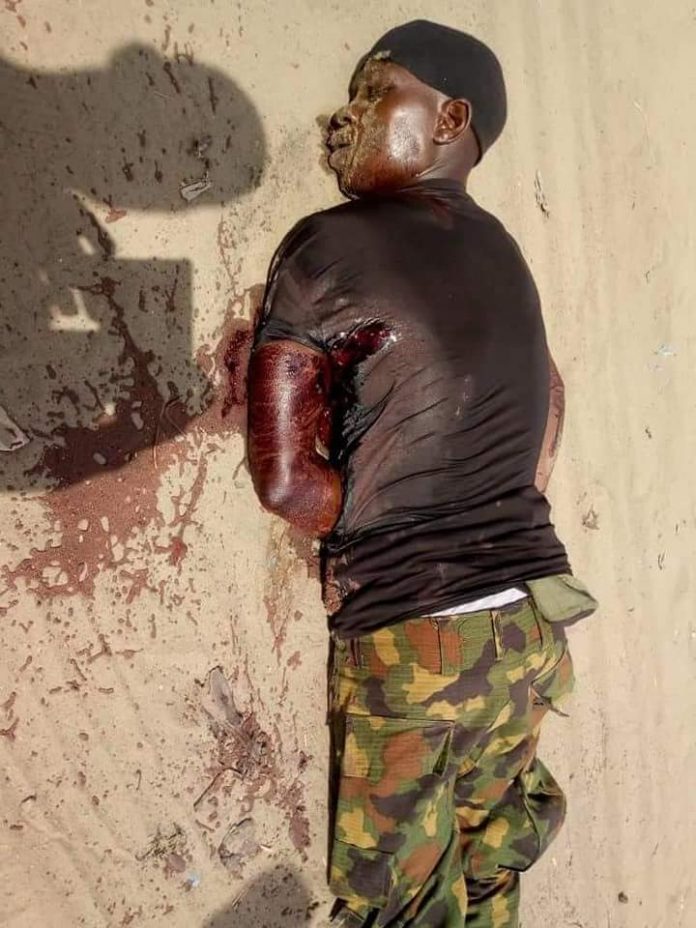 A soldier has been arrested for killing at least two people in Borno state. The soldier allegedly killed another sergeant colleague and another woman who was reportedly hit by stray bullets in the random shooting.

It was not immediately clear why the soldier allegedly carried out the shooting.

Three soldiers were also seriously wounded in the shooting.

The Army tweeted shortly earlier today that two soldiers were killed in a case of accidental discharge on Wednesday afternoon.

The statement said a thorough inquiry would be conducted to understand the source of the fatal attack.

Some reports have it that no training was going on when the shooting incident occurred, contrary to the claim by the Army.

Photo: Munachi Abii & Ifan Michael On The Cover Of...