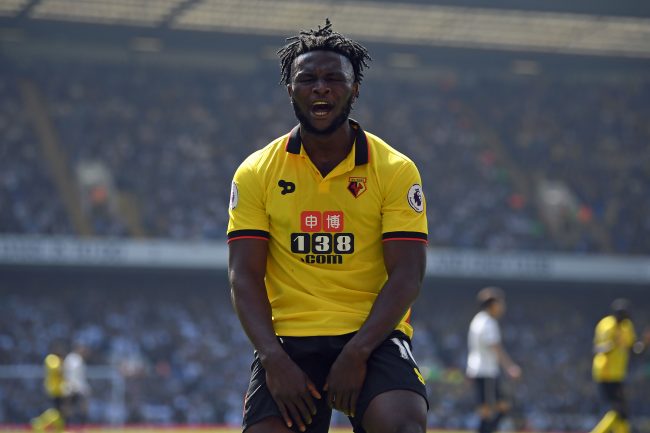 By Johnny Edward:
Super Eagles forward Isaac Success will be hoping to end his goal drought of 23 months and two weeks in the English Premier League when Watford face Fulham in Saturday’s early kick-off at the Craven Cottage, reports Completesportsnigeria.com.

So far in the EPL this season, the 22 year old has made five substitute appearances for the Hornets who are currently fourth in the table after five games.

If he gets to feature in the encounter against Fulham, it will be his 25th appearance in the EPL.

Meanwhile, Watford head coach, Javi Gracia maintains that his side must be aggressive in their bid to return to winning ways following their 2-1 loss to Manchester United last weekend.

“I think after four wins in a row, even with the defeat against Man United, the team is mentally strong,” Gracia said duing his pre-match conference on Friday .

“They do not need good results to know the performances have been good and, in this moment, the players are confident they will be able to keep their performance levels up.

“We will try to keep our style of play, maintain our mentality and be aggressive.”