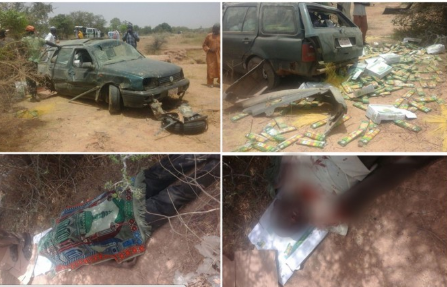 Men of the Nigeria Customs Service were said to have killed a man suspected to be a rice smuggler.

A witness said the incident happened yesterday along the Dutsinma Road, around Federal College of Education.

He said the deceased, who drove in a J5 Peugeot van, tried to evade arrest when he sighted the customs officers “who immediately opened fire on him.”

Policemen were said to have taken away the body of the deceased, who was yet to be identified as of the time of filing this report.

The spokesman of the state police command, DSP Gambo Isah, said the suspectwas taken to a hospital where he was confirmed dead.

He said the command had begun investigation on the incident.