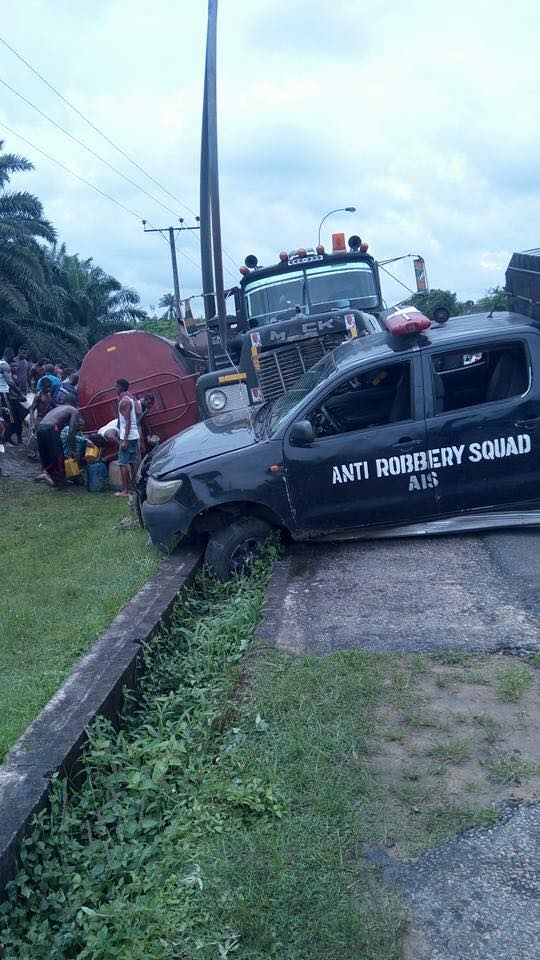 There was pandemonium earlier today after a fuel tanker hit a police vehicle while being chased today in Akwa Ibom state.

According to reports, the police officers from anti-robbery division chased chased a tanker driver and blocked him off at Uyo village road by Calabar-Itu highway.

The driver being unable to bring the tanker to a halt, hit the Police van and fell into the ravine.

It was gathered that no death was recorded in the accident but some residents decided to take advantage of the situation as they gathered with their gallons and buckets to scoop spilled petroleum products despite the grave risk involved.

No details were given as to the conditions of the tanker driver and the police officers in the van.