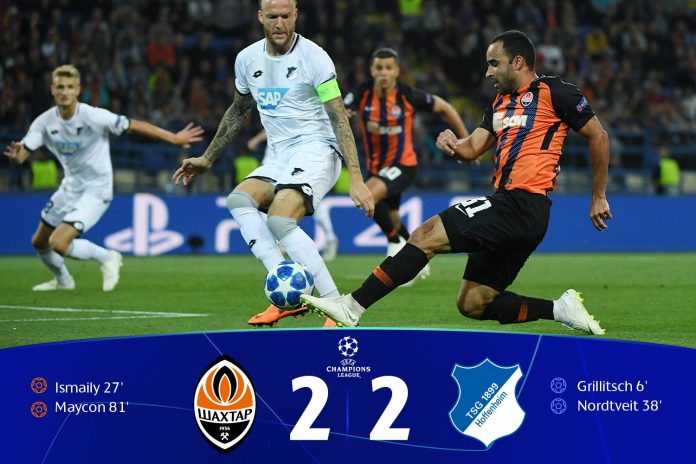 Kayode who recently recovered from the injury he picked up in pre-season was named in the Miners 22-man squad for the game.

The former Austria Wien striker was however not listed for action in the game.

The visitors took the lead in the 6th minute through Florian Grillitsch , while Ismaily dos Santos levelled scores for Shakhtar Donetsk in the 27th minute.

Shakhtar Donetsk went behind again seven minutes before half time with Havard Nordtveit netting for the visitors, but Maycom restored parity again nine minutes before the end of the game.

Nicolas Tagliafico grabbed a brace for Ajax, while Van de Beek got the other goal for the former champions.