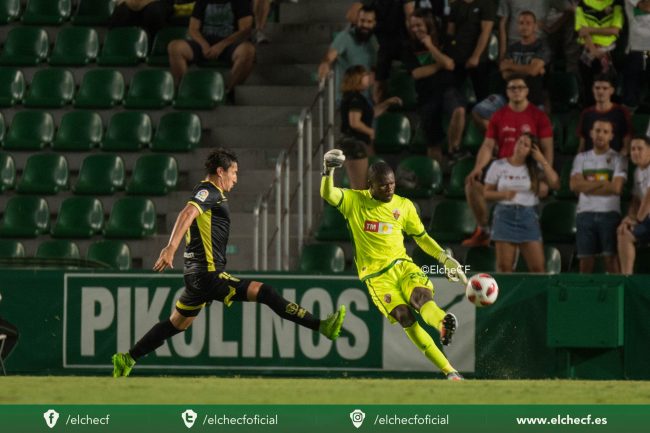 By Johnny Edward:
Super Eagles goalkeeper, Francis Uzoho was an unused substitute in Elche’s 1-1 draw away at Real Oviedo in a Spanish Segunda clash on Sunday, reports Completesportsnigeria.com.

Jose Juan was preferred to the Nigeria international for a consecutive game.

Manuel Sanchez Lopez scored a fifth minute opener for Elche but parity was restored for the hosts, Real Oviedo six minutes before the half hour mark through Joselu Barroso.

Uzoho is currently on a season loan from Deportivo La Coruna.

He is expected to be named in the Super Eagles’ squad to face Libya in next month’s 2019 Africa Cup of Nations qualifier in Kaduna.