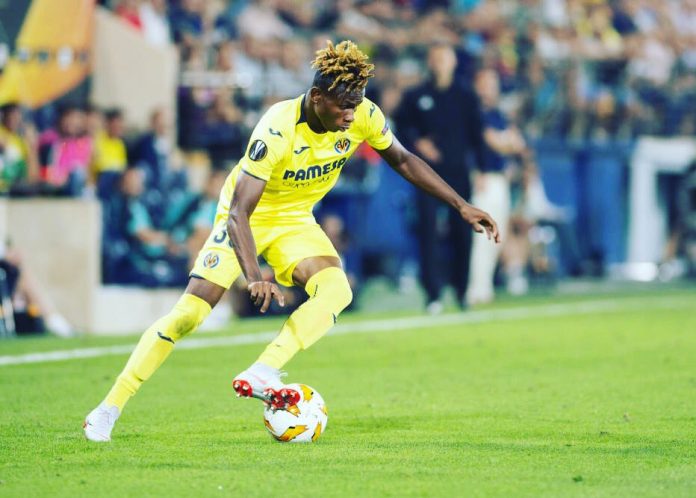 By Johnny Edward:
Villarreal coach Javi Calleja has tipped Samuel Chukwueze to become a star for the LaLiga Santander club following his impressive debut for the Yellow Submarines in Thursday’s 2-2 home draw against Rangers in the UEFA Europa League, reports Completesportsnigeria.com.

The 19-year-old forward was subbed on for Nicola Sansone in the 79th minute of the draw and Calleja was impressed. He adds that the former Golden Eaglets and Flying Eagles star must work harder to flourish.

“We need all of our squad. Today it was Samu’s (Samuel Chukwueze) debut and he’s a player with a great future, but he has to carry on working hard,” Calleja told Villarreal’s official website.

“We’re using nearly all of our players and I think that’s a good thing.”

Calleja also rues over the outcome of the game revealing that Villarreal should have won it.

“We’ll have to learn from this match. You can’t let these games pass us by. We should have gotten the three points.”

Villarreal host Valencia on Sunday in a LaLiga Santander game and Chukwueze will be hoping to make his LaLiga debut.