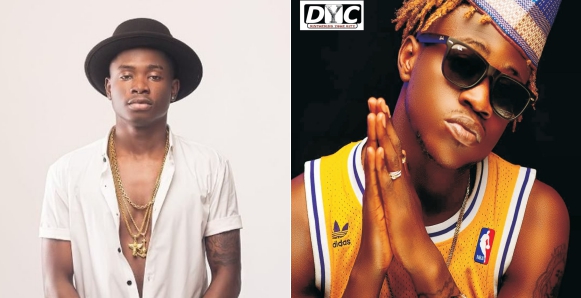 An up-and-coming artiste, Gasky, is presently unhappy, as he alleged that Keshinro Ololade, aka Lil Kesh, collected N1.5m from him for a music collaboration and refused to promote the song.

Speaking during a recent interview, Gasky said he didn’t understand why Kesh didn’t show him love despite paying for the job. He said, “When you bring business worth N1.5m to someone, the person should be happy. I just wanted him (Kesh) to show me love but he was speaking ‘grammar’. He told me he uploaded it on his Snapchat; why couldn’t he do the same on his Instagram page? He asked me to talk to his manager. What is my business with the manager? After all, we are both artistes.”

Kesh’s manager, Akeem Olamide, told Sunday Scoop that he was aware of the issue. He said, “Gasky sent a mail yesterday (Wednesday). We were at the video shoot; I can send photos to you. He wanted Kesh to upload the video on his Instagram page, but apparently, they didn’t update us on time. He didn’t have Kesh’s direct contact as there was a third party involved. The person who sealed the deal for him didn’t follow up on it.”

Akeem insisted that since the video had been out for about two months, it was hard for Kesh to upload it on his Instagram page.

“When I saw the mail, I spoke to Kesh about it.  He said he was informed late and he couldn’t post a video that was released two months ago. We didn’t hear from them when they started the video promotion,” he stated.

On whether Kesh collected N1.5m from Gasky, Akeem said, “I honestly don’t know how much he paid. But I am certain they didn’t pay Kesh N1.5m. There is a third party and it is possible for the person to take out his share before the money got to Kesh.”

Cardi B Becomes First Female Rapper To Have Two No. 1...