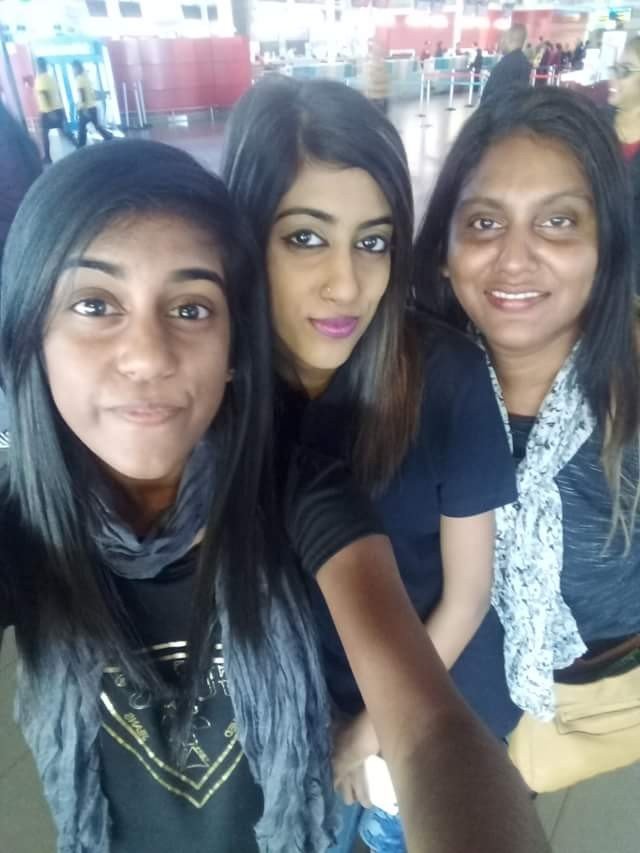 0
SHARES
ShareTweet
A mother  and her two daughters were brutally murdered in Durban, South Africa. A man believed to be the boyfriend of the mother has been arrested.
It was gathered that the bodies of the woman and her 16-year-old daughter were found gagged in their flat at Tasvir Mansions in Longcroft‚ Phoenix‚ early on Friday morning.
The body of the woman’s 22-year-old daughter‚ who was initially thought to be missing from the home was found stuffed in a cupboard.
KwaZulu-Natal police spokesman Lieutenant Colonel Thulani Zwane who confirmed the gruesome find, said on Friday police had responded to a report of murder at Longcroft Drive in Phoenix.

On their arrival they had found two bodies inside the house. The bodies were identified as those of Jane Govender‚ 44‚ and her 16-year-old daughter. Rackelle.
While police were still busy with their investigation combing the scene‚ they found a third body in a cupboard‚ which was identified as that of the second daughter‚ 22-year-old Denisha.
The woman’s 45-year-old boyfriend was arrested on Friday night and is expected to appear in the Verulam Magistrate’s Court next Tuesday. He will be charged with three counts of murder.
Meanwhile, Denisha’s boyfriend, Macaellin took to Facebook to mourn her, adding that they were planning to get married in 2019. Read his tribute below:

“Baby we had so many goals that we were supposed to achieve together. We were supposed to get married early next year, we planned to go to thailand for our honeymoonWe were looking at places to buy we were on the verge of getting our bond so we could get our own place together, we were so damn excited to call it our own place We wanted to have babies together, two sons. We wanted to get two cream chow chows as pets, we were supposed to live happily ever after. Baby every dream I had, every single one was with you in it babe! Now every bit of hope’s and dreams is crushed. Words cannot explain the torture that’s going on in my heart knowing that I dont have you no more, it’s a feeling that nobody can ever understand because nobody in the world could love the way we loved each other?. You were the love of my life, my better half, my soul mate and my best friend. Whenever I am down you’re the only person who can make me feel better, I never been this down in my entire life and I dont have you here too make me feel better. I love you more than I love myself I love you so much it hurts so bad when I think off what happened to you and even though I’m a grown man I break down crying. You thought me how to love, you the only girl I ever loved and now I don’t have you. But I know you’re in a better place now RIP my Queen?”