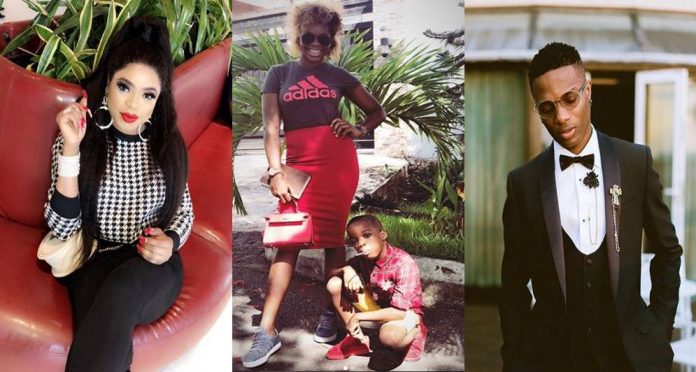 According to him, Shola is wrong and shouldn’t have aired her grievances on social media.

See what he wrote below;

Even if WIZKID is at fault for not taking up his responsibility as a father to his own son. Posting you guys conversation internet doesn’t make him change. Naaaaa that is wrong.

I don’t know the lady in question but she is wrong take it or leave it. I’m not saying wizkid is right o let be serious but coming to the Internet to report him doesn’t justify anyone listening to her You won’t tell me as a lady u don’t know WIZKID parent or any family related to him.

Young lady u still love him, find a way to talk to his parent or someone close to him to beg. Even if he doesn’t want anything to do with u again you can still beg him to be a close friend rather than dis online drama

Coming to the internet to drag his name will still affect your own son because his school mate will still insult him in class whenever they had issues that “you that your dad don’t take care of u ” and the boy will feel sad Women don’t know that if u really want to your MAN or baby daddy back after issues is too be so calm and submissive. Don’t argue with him, always respect him so as to get his attention Social media will help u insult him but they are not ready to help u beg him because some hungry bitches want to fuck him for FREE

Shola my darling sister, I don’t know u but the TRUTH is that still love wizkid.

If u still love him like we all know. Look for his close friend or his mum go there with one of ur relations to beg them. Women also need to understand dis too, wen u have sex without CONDOM u are ready to face anything coming…. your way. U and I know one night stand without condom can result to pregnancy s so is more less the girl wanted a baby badly from the guy.