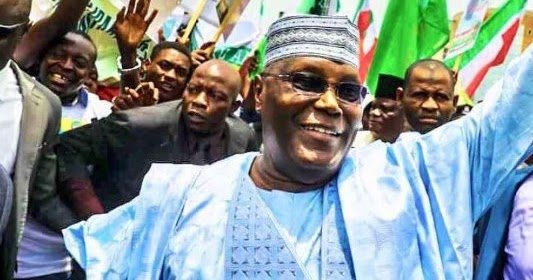 The presidential candidate of the Peoples Democratic Party, Atiku Abubakar, has promised to end insecurity in Plateau State if elected president in the February 16 general elections.

Atiku said this on Saturday at the party’s presidential rally organised in Jos, the capital of Plateau State.

He promised to unite all warring groups and restore peace to troubled areas via proper dialogue and steady engagement with those concerned.

“Plateau is the economic hub of the middle belt, but insecurity has, over the years, forced it to lose that status.

“I want to assure Plateau residents that if I become President, I shall restore peace to all parts of the state. I shall dialogue with all groups and critical stakeholders so as to restore the state to its status as the most peaceful in the country.”

The candidate also promised to end hunger and poverty in the country, adding that he would return the country to the path of economic growth and sustainable development.

He also promised to create jobs for the youths, adding that those with skills would also be empowered to enable them become economically independent.

“The APC-led administration has brought nothing but hunger, poverty and has placed our economy on the part of retardation.

“I want to appeal to all of you to vote for PDP at all levels, to enable us drive Nigeria to the path of sustainable development,” he said.

Atiku also called on PDP supporters to defend their votes on election days, and cautioned them against being intimidated by the ruling party.

In his speech, Dr. Bukola Saraki, the President of the Senate and Director General, PDP presidential campaign organisation, called on Plateau residents to vote out APC at all levels, adding that the ruling party had failed in all ramifications.

Saraki, who said he was thrilled by the mammoth crowd at the event, declared that the large turnout was an indication that Nigerians were indeed yearning for change.

“APC promised us security, but we are still being attacked; they promised us jobs, but millions of jobs are being lost daily.

“They also promised us a better economy, but today, what we have is hunger and abject poverty everywhere.

“So, the only solution to these problems is for you to vote PDP at all levels. I want to assure you that you will never regret voting PDP,” he said

On his part, Mr Uche Secondus, PDP National Chairman, alleged that the APC-led government was out to destroy Nigeria, hence the need for Nigerians to vote them out in the forthcoming general elections.