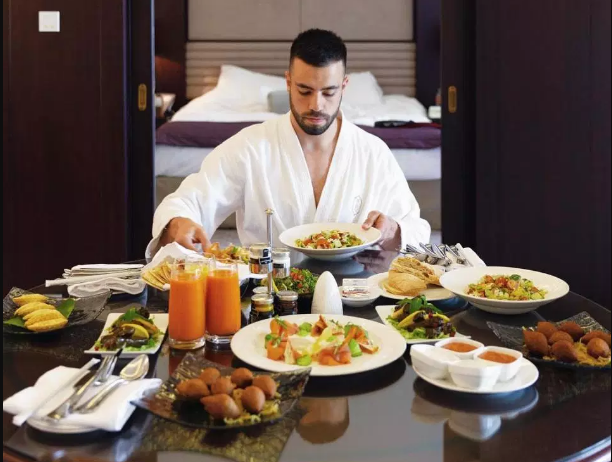 An Australian millionaire who is searching for a ‘personal assistant’ to travel the world for free with him reveals he has had a staggering 40,000 applications.

Self-made Matthew Lepre, 26, launched his search for a PA last month with the lucky candidate to be paid £28,000 salary as well as accompanying him on his jet-set lifestyle, staying in five-star hotels for free.

And unsurprisingly the “coolest job in the world” has attracted a fair amount of interest.

Matthew, who makes £66,000 a month, says that applications are now in the tens of thousands – and he’s had some romantic interest too.

The entrepreneur, who is yet to select his assistant, says that the majority of applicants appear to be ‘millennial’ who are looking to escape the daily grind.

Although Matthew is based in Sydney, his new PA will join him in on frequent trips to Japan, Dubai and the US while he delivers his business lectures to companies.

Along with keeping his day-to-day e-commerce businesses running, Matthew’s employee will also help with promoting his other ventures.

Describing his new opening as “the coolest job in the world”, Matthew is also keen for his PA to have excellent computer skills and the ability to multi-task… as well as a valid passport for all their jet-setting travels, obviously.

He previously told the Mail: “Travelling while I work has allowed me to live my ideal life and I want to give someone the opportunity to do the same alongside me. “I’m looking for someone to join in all my adventures. I love what I do and I love exploring new places.”

Having dropped out of university at the age of 23, Matthew started his business from nothing and now runs four ecommerce stores.