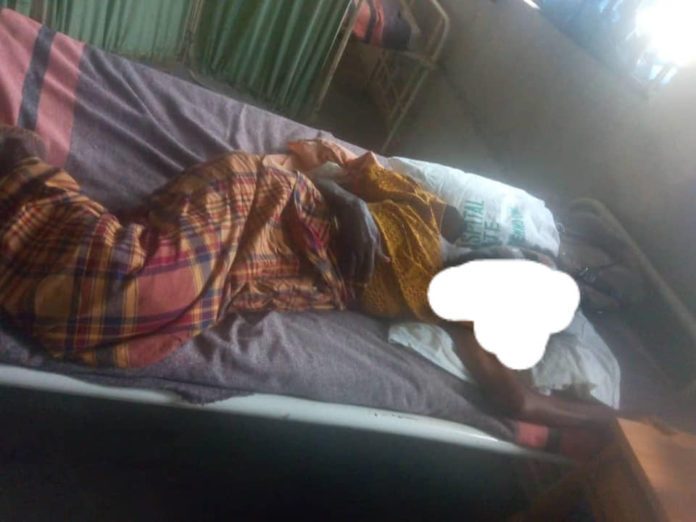 The police in Imo state are currently on the trail of 25 year old man, Chidera Nwachukwu, who allegedly raped his 70 year old Aunt, Imelda Nwachukwu, inside her shop in Ogwa, Mbaitoli local government area of Imo state.Activist, Harrison Emefiena Gwamnishu in an interview with LIB, said the incident happened on Monday July 8th.

The old woman told us that on Monday she was in her shop where she sells Biscuit and other petty items when the young man came in and was tediscussing with her about his recent trip to Owerri.  She said suddenly, the young man pushed her and she hit her head on the rack where she displays her wares. She became unconcious for a while. When she woke up, she discovered she was naked and had semen all over her body. She raised alarm and the villagers came to her rescue. They found her naked with semen all over her body” he said

Emefiena said the villagers immediately took the victim to the hospital for medical attention. It was at the hospital he was alerted about the matter. The case has been reported at the Ogwa police station and efforts are been made to arrest the suspect who is currently on the run.

Harrison added that this act ”can’t be justified by anyone. Not even a lawyer can defend the man. Mama is not wearing mini skirt or looking sexy. This is evil and we demand justice”.