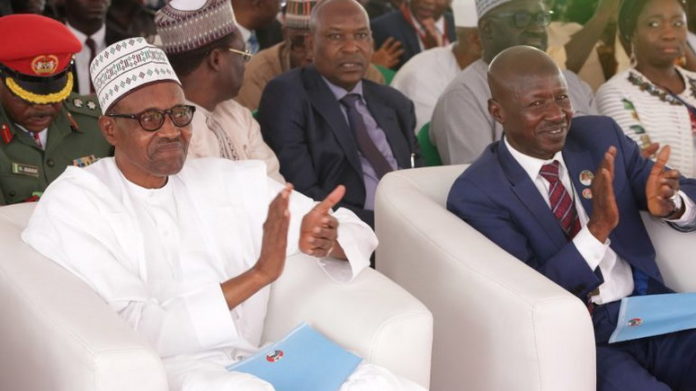 President Buhari has finally commented on the ongoing probe into the activities of former acting chairman of EFCC, Ibrahim Magu.
Magu is being investigated by an inter-agency panel appointed by Buhari to look into allegations of Fraud and Misconduct leveled against the ex-EFCC chair.

Below are 7 things the president disclosed in a statement issued by his spokesman, Garba Shehu, on Saturday;