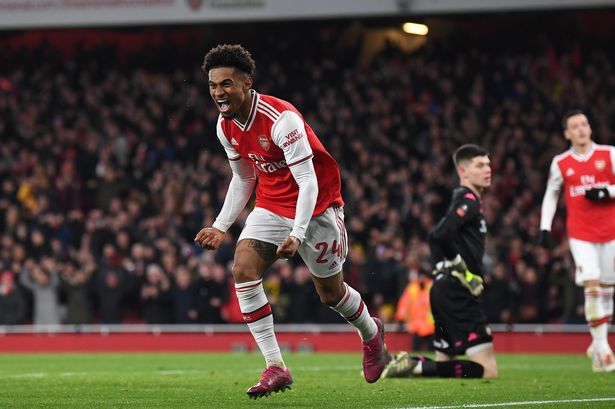 Alan Shearer has told Premier League Productions that Reiss Nelson was a standout performer for Arsenal in their win over Liverpool last night.

The ex-Newcastle United hero oversaw the game as a pundit and was blown away by the eventual matchwinner.

Nelson, 20, was handed the rare chance to shine from the start last night and didn’t disappoint Mikel Arteta. Shearer thinks he took his chance with aplomb and was delighted with his performance.

The top-flight’s all-time leading goalscorer told Premier League Productions – as per The Express: “I was really impressed, there was no panic at all from someone so young.

Nelson has featured in 16 Premier League matches this season but has failed to hold down a place as a first-team regular.

With Arteta placing his trust in youth, he will hope to win more starts between now and the end of the campaign.

The youngster spent last season on loan with Hoffenheim and it was thought that his good form there would earn him a more prominent role during 2019/20.