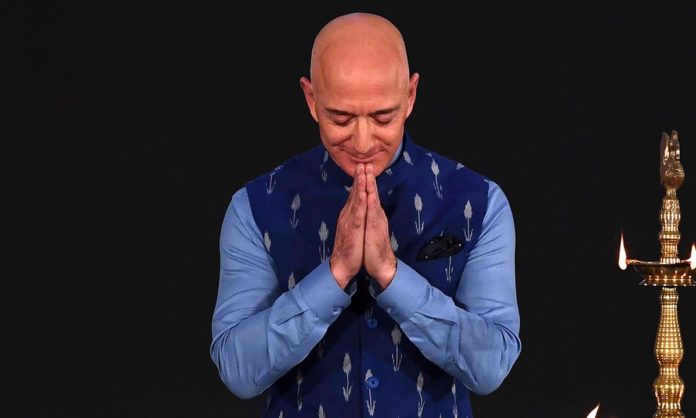 0
SHARES
ShareTweet
Amazon CEO, Jeff Bezos has beaten his own record to become the richest person alive, amassing a fortune of an estimated US$172 billion

Newly published data in the Bloomberg Billionaires Index reveals that Jeff Bezos, CEO of tech giant Amazon, has a fortune that of US$171.6 billion – setting a new record for the richest man alive. Surpassing his previous high of $167.7 billion, it is revealed that Bezos has gained approximately $56.7 billion this year alone.

Much of Bezo’s wealth is tied to Amazon, with the CEO owning roughly 57 million shares, or 12%, of the company. Despite the global outbreak of Covid-19, Amazon has gained even more business in recent months, as a result of worldwide lockdowns and the growing demand for online shopping.

Bezos’s previous record was set in 2018, before his divorce from wife Mackenzie Bezos. After the couple split in 2019, Mackenzie acquired a 4% stake in Amazon. She currently has a net worth of $56.9 billion – climbing to number 12 in Bloomberg’s ranking, and making her the second wealthiest woman alive to L’Oreal heiress Francoise Bettencourt Meyers.

Bezos is also heavily invested in space tourism, with the billionaire reportedly selling US$1 billion a year in Amazon stock to fund Blue Origin, an aerospace manufacturer and spaceflight services company. In May of this year, NASA named three privately owned companies that would be building their own version of a lunar landing system, with Blue Origin and Elon Musk’s Space X both included.