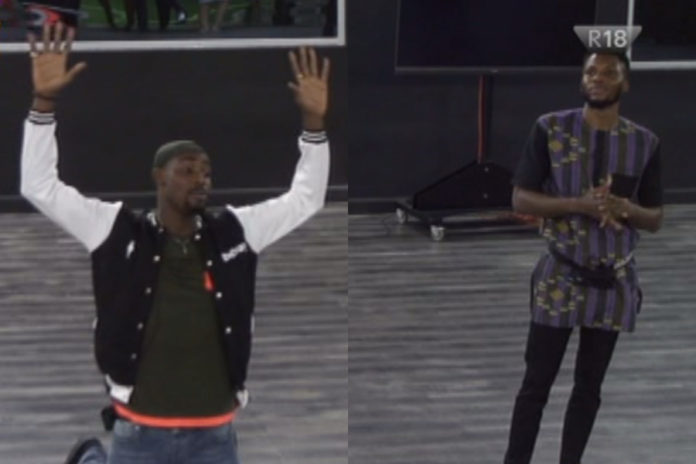 According to Big Brother, Brighto and Neo had a conversation without using their microphones whilst it’s unacceptable to do so. Their actions attracted a fine which affects all housemates but was pardoned and asked to apologize to the house.

Neo dramatically knelt down begging whilst Brighto followed suit. Big brother warned them against future occurrences as he may not be generous the next time.