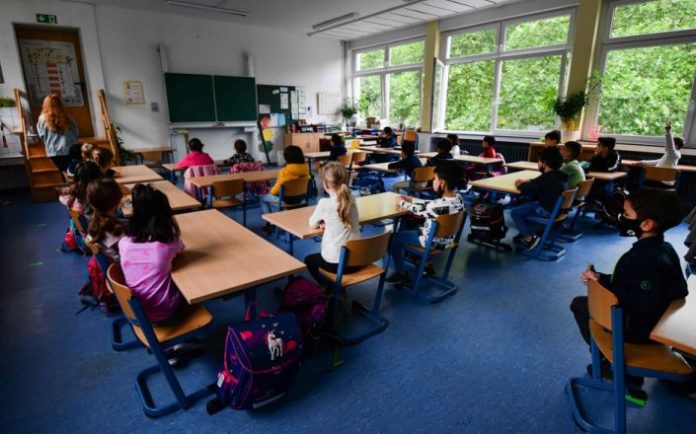 Schools do not play a major role in spreading the coronavirus, according to the results of a German study released on Monday.

The study, the largest carried out on schoolchildren and teachers in Germany, found traces of the virus in fewer than 1 per cent of teachers and children.

Scientists from Dresden Technical University said they believe children may act as a “brake” on chains of infection.

Prof Reinhard Berner, the head of pediatric medicine at Dresden University Hospital and leader of the study, said the results suggested the virus does not spread easily in schools.

“It is rather the opposite,” Prof Berner told a press conference. “Children act more as a brake on infection. Not every infection that reaches them is passed on.”

The study tested 2,045 children and teachers at 13 schools — including some where there have been cases of the virus.  But scientists found antibodies in just 12 of those who took part.

“This means that the degree of immunization in the group of study participants is well below 1 per cent and much lower then we expected,” said Prof Berner. “This suggests schools have not developed into hotspots.”

The study was carried out at schools in three different districts in the region of Saxony.

The findings are likely to be the subject of much public debate in Germany, with full class sizes planned to resume at schools across the country after the summer holidays.

Five of those who took part had previously tested positive for the virus. The study’s authors said the fact that only seven others were found to have antibodies suggested the virus did not spread rapidly in a school setting.

Another 24 of those who took party had family members who had tested positive, but only one of these was found to have developed antibodies.

“This means the majority of schoolchildren do not get infected themselves despite an infection in the household,” said Prof Berner.

You will recall that Nigerian government have said schools will not resume until it is safe for it’s children.

Breaking: Police bans all forms of protest, gatherings in Lagos