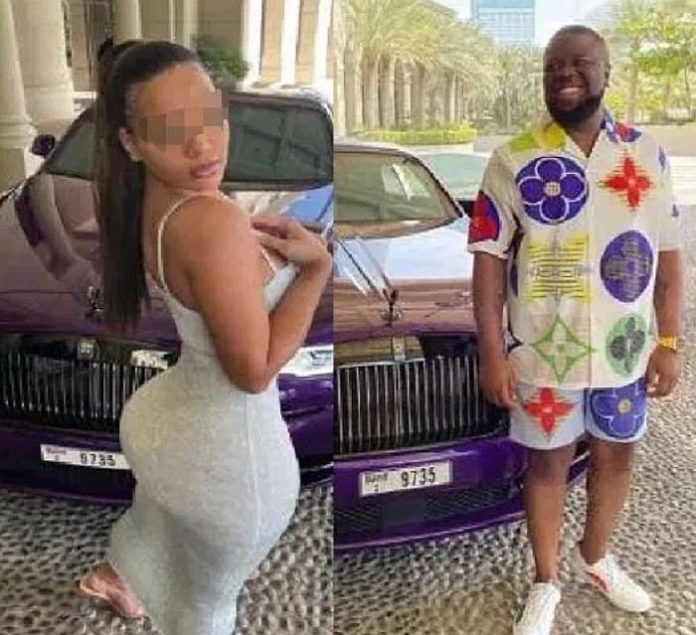 A new report has confirmed that Hushpuppi got married to Shawana Nakesia Chapman In 2018. The Government of St. Kitts and Nevis have assured that Ramon Olorunwa Abbas alias ‘Ray Hushpuppi’ is not a citizen of the Federation through Citizenship By Investment but admitted he was a citizen through Marriage.

Ramon Olorunwa Abbas faces money laundering conspiracy charges in the United States, according to the Department of Justice. He appeared in a federal court in Chicago on Friday accused of conspiring to launder hundreds of millions of dollars through cybercrime schemes.

In a statement Monday the government of St. Kitts and Nevis said it has become aware of reports and rumors concerning the Federation’s citizenship of Ramon Olorunwa Abbas, allegedly a person of interest to the United States FBI.

The statement noted that reports stating he was a Citizenship by Investment were false.

“Any suggestion that citizenship was obtained through means other than marriage– such as the country’s Citizenship by Investment program, which includes rigorous background checks – is therefore utterly false and willfully misleading.”

Ramon Olorunwa Abbas, according to reports claims to run a real estate business. He is purported to have conspired to launder millions of dollars through business email compromise (BEC) frauds and other scams, the US Department of Justice said.

He was arrested in June 2020 by authorities in the United Arab Emirates, where he was a resident.

Nollywood is not responsible for failed marriages among celebrities – Ronke...