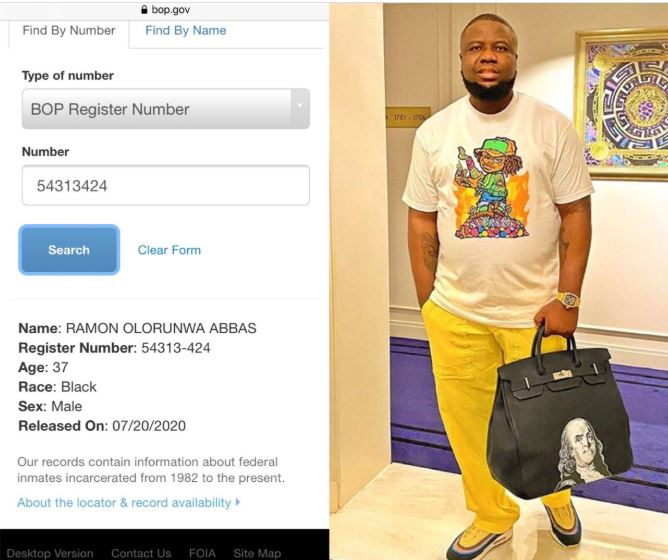 Earlier there was report that Hushpuppi was released on the 20th of July owing to information allegedly from the U.S Federal Bureau Of Prisons website.

Gal Pissetzky, the legal representative of suspected Internet fraudster, Ramon Abass, aka Hushpuppi, has said the suspect is on his way to California, United States of America, for trial.

He told The PUNCH on Wednesday night that Hushpuppi had not been released as being speculated in some quarters.

Pissetzky, a Chicago lawyer, also noted that he was still his lawyer.

“He has not been released and I am still his lawyer. He is on his way to California. Not everything you see on court documents is accurate.

“Just because the jail record says ‘released’ does not mean he has been released. He is being transferred to California,” he told our correspondent on the phone.