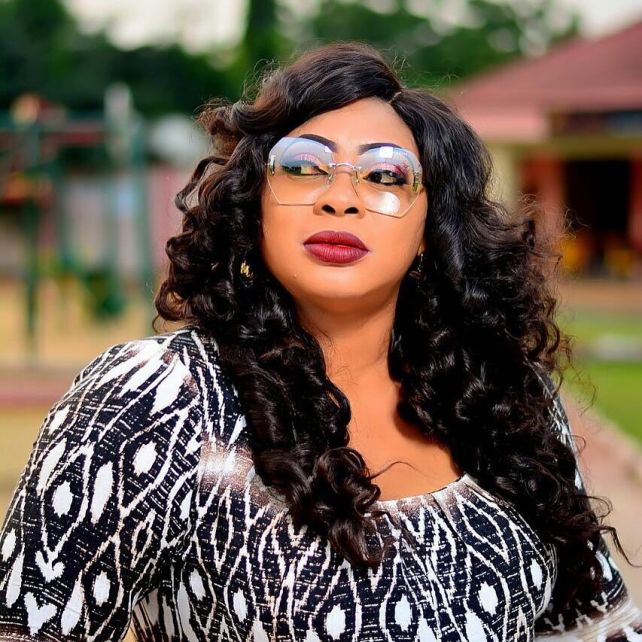 Veteran actress, Ayo Adesanya, has said there is no age limit when it comes to finding a life partner and that she is not to old to get a partner.

In an interview with Saturday Beats, she said, “Yes, I will give marriage a try if I see a good man. If I find what I like, why wouldn’t. Nothing can stop me from getting married again if the opportunity comes. I don’t think it’s too late for marriage at 51. Haven’t you seen people who gave birth to babies even at 60? Nothing is impossible for God. I know a very beautiful lady that got married at the age of 50 and had her baby at 55. Things like that made me include that it is never too late to do anything. With the way life is structured, nothing is impossible.

“I was once in an entanglement and I’ve tried to be careful over the years. I have seen quite a lot of interested men but it’s very difficult to know who is true and who is not. However, one cannot be too careful because love is supposed to be unconditional. One can be very careful and still make mistakes. I’m not giving myself a time frame (to get married) because I’m having the best time of my life. I am at peace with myself and I know that the peace can continue only if I see the right person.”

Adesanya maintained that though she was still open to marriage, she didn’t consider it a do-or-die affair.

She said, “If marriage doesn’t come, one would still live one’s life. It is not a do-or-die affair, and not everybody would get married. When people get married and stay in it, I consider them lucky. These days, marriages don’t last. When one hears the things happening everywhere, getting ‘entangled’ would be scary. People that are not married still live happily.

‘’On the other hand, some people are friends and lovers, and it works out well for them. Marriage only makes it official and strengthens the commitment.’’

The actress, who started her career in 1996, also noted that there had been an astonishing change in the movie industry. She added, “A lot of things are different now. For example, there was no social media when I started acting. But now, everything one does is out in the open even before one lets the cat out of the bag. Social media has given acting and the entertainment industry another definition. It (social media) has its positive and negative sides, especially since people lead their lives according to what they see and read. Everything has been glamourised; hence, people erroneously think that’s how real life is.

“Life is not how people see it in movies or on social media. When one’s life is centred around social media, one may start to think that one has a problem. However, it shouldn’t be a do-or-die affair. One can aspire to be more than what one sees. Some people’s lives have been messed up because of social media. They have no understanding of reality again. They believe that living a fake life is the real thing. They just follow people blindly, not knowing that nobody’s life is perfect.’’