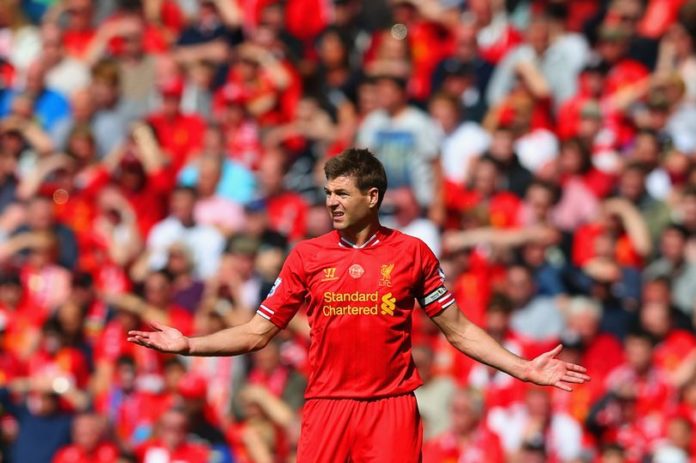 Liverpool fans have accused Chelsea of ‘a lack of class’ after their social media account posted a video of Steven Gerrard’s infamous slip in 2014.

The Reds will lift the Premier League trophy on Wednesday night after their final home match of the season against the Blues.

Fans have been left annoyed after Chelsea’s official Twitter account opted to issue a reminder of Gerrard’s slip from the title race in 2013/14, which proved costly as Liverpool missed out on the title to Manchester City.

The club’s account posted: “Back at Anfield tomorrow,” which was met by angry responses from former Liverpool players and supporters.

As a result, they accused the club of ‘a lack of class’ on social media.