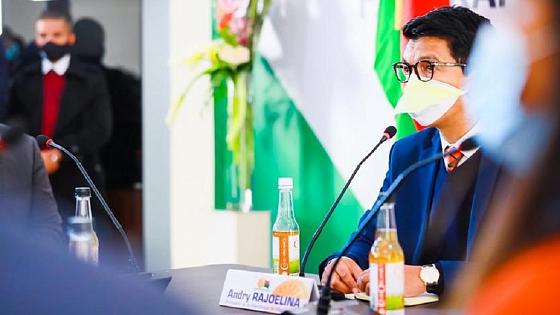 Two Madagascar lawmakers have died after being infected with the coronavirus, President Andry Rajoelina said on Sunday.

The two lawmakers were one member of the senate and one deputy, Rajoelina said, adding that 14 other senators and 11 deputies had tested positive for the virus.

Madagascar’s situation with the COVID-19 pandemic began spiraling out of control in recent weeks after it appeared that the island nation was making progress.

Madagascar was regularly registering dozens of COVID-19 cases daily, however, a recent exponential rise in those figures saw it report a record 216 cases on July 4 after a total of 675 people were tested.

As a result of that, Madagascar placed its capital Antananarivo under a fresh lockdown following a new surge in coronavirus infections, two months after the restrictions were eased.

Antananarivo was one of three cities that initially went into lockdown towards the end of March to try and contain the spread of the deadly virus.

In June, clashes erupted between Madagascar’s security forces and protesters after citizens in the eastern city of Toamasina took to the streets to condemn anti-coronavirus lockdown measures.

The government deployed soldiers and doctors to Toamasina in May, to ensure adherence to health measures to contain the virus’ spread and maintain order, following the discovery of several bodies in the streets.

There is also still no word yet on whether Covid-Organics, a herbal tonic which Malagasy authorities purport can cure COVID-19, is actually effective as President Rajoelina previously claimed in his campaigns to promote it.

The African Union had opened discussions with Madagascar aimed at exploring the safety and efficiency of the herbal remedy. The technical data is expected to be reviewed by the Africa CDC.