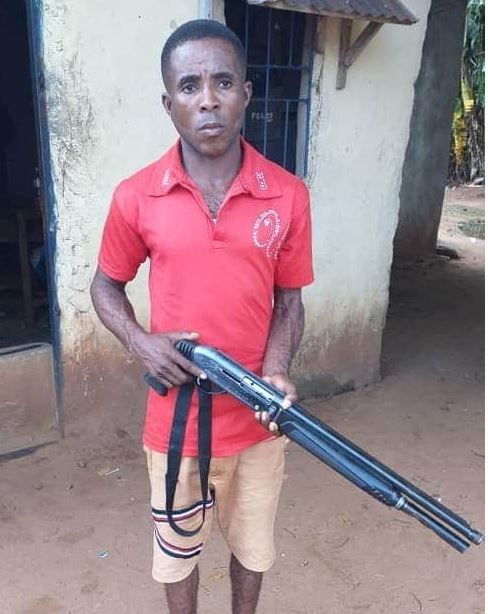 A 27-year-old man identified as Friday Asuquo shot his friend with a pump-action gun over a minor argument that ensued between them over N1000 debt he owed him.

SP Haruna Mohammed, the State police command’s spokesperson disclosed that the suspect was in police custody as the victim is undergoing treatment at the Chukwuemeka Odumegwu Ojukwu University Teaching Hospital.

SP Haruna Mohammed said: “On the 17/7/2020 at about 11:45 am, police operatives attached to the Command Special Anti Robbery Squad (SARS) arrested one Friday Asuquo ‘m’ aged 27 years of Oron but resides at Enu-Orji village, Amawbia in Anambra State.

“Suspect had a misunderstanding with one Kingsley Araino ‘m’ aged 27 years of same address over one thousand naira debt.

“Following the altercation, the suspect quickly rushed inside one city of restoration church Amawbia, brought out a pump-action gun loaded with four live cartridges, and allegedly shot the victim at his back.