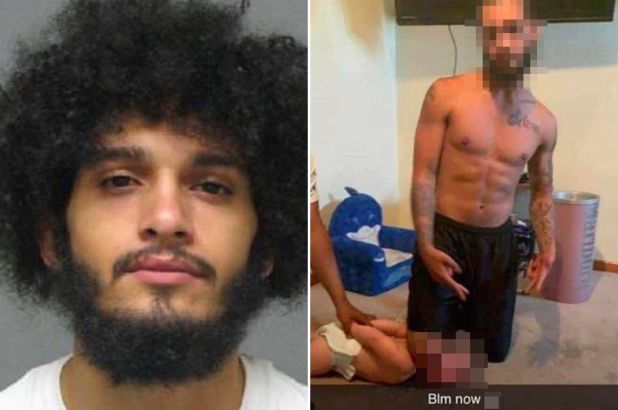 A man shown kneeling on the neck of a 2-year-old boy is in jail. Photos of a man kneeling on the child with the banner comment “BLM Now” had been circulating on social media before The Clark County Sheriff’s Office began investigating.

“Two divisions of the Clark County Sheriff’s Office immediately began an investigation to determine the location of the incident and the identities of the individuals involved,” a sheriff’s office statement reads.

Deputies were able to make contact with the mother, the child shown in the photo and the man also in the photo.

That man, identified as 20-year-old Isaiah Jackson, was arrested immediately for a Parole Authority holder from the Ohio Department of Rehabilitation and Correction.

The child, whose identity is not being released, was taken to a hospital, where he was found to have not been injured because of the incident shown in the photo.

Investigators say they have prepared a case against Jackson and is awaiting the Clark County Prosecutor’s Office to determine “the scope and breadth of the felony charges that will be supported.”