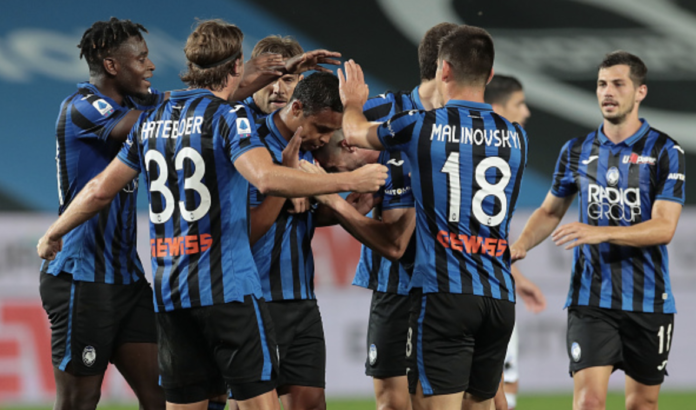 Luis Muriel came off the bench to score the only goal as Atalanta beat Bologna 1-0 in a fiery Serie A clash on Tuesday to move back second behind leaders Juventus. Muriel struck just after an hour as Atalanta extended their unbeaten run to 15 games to move six points behind Juventus, and two ahead of third-placed Inter Milan.

Atalanta had won six successive games since the league resumed after the coronavirus lockdown before drawing 2-2 with Juventus, and were held 1-1 at Verona last time out.

The Bergamo side have 74 points this season with three games to play, overtaking their previous best haul of 72 during the 2016-17 season. Atalanta coach Gian Piero Gasperini was banished from the sidelines after a spat with counterpart Sinisa Mihajlovic before the break, with the Bologna boss receiving a yellow card. It was the second red card in recent weeks for Gasperini who has been showing signs of frayed nerves before his side meet Paris Saint-Germain in the Champions League last eight next month.

Bologna battled after their 5-1 defeat against AC Milan last time out with Musa Barrow missing a double chance against his parent side. Muriel came off the bench after the break and picked up a cross from fellow Colombian Duvan Zapata to score his 18th goal this season and 11th off the bench.