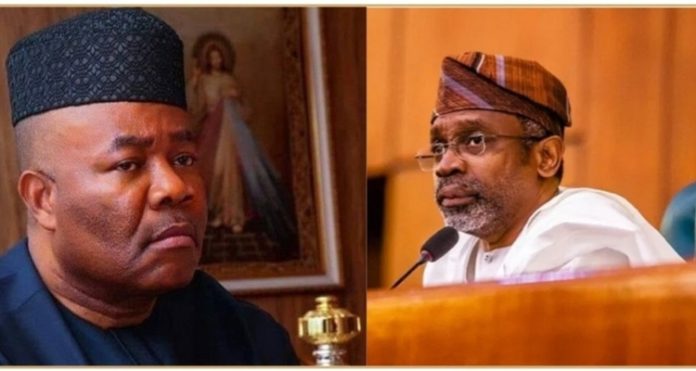 Femi Gbajabiamila, the speaker of the house of representatives has given Godswill Akpabio 48 hours to reveal the names of the lawmakers who received NDDC contracts

The minister’s claim had generated controversy and questioned the integrity of the committee set up to probe the alleged N81bn fraud perpetrated by the NDDC.

Addressing the House on Tuesday, however, Gbajabiamila, who has been a federal lawmaker since 2003, said he had never received any NDDC contract before.

He subsequently gave Akpabio 24 to 48 hours to reveal the identities of the lawmakers that received the contracts or face severe sanction.

The Speaker said, “This is my 5th term here and I have never for once collected anything from the National Assembly and I know I speak for a great majority of members of this House, a great majority. And because of that, I will take this allegation and accusation very seriously.

“And I will give the minister (Akpabio) 24 to 48 hours. Clerk, I want you to back this up with a letter from this House. Give the minister 24 to 48 hours to publish the names, the contracts so given, the dates because obviously these things will be documented; unveil the companies of the 60 per cent projects that were given to members of the National Assembly.”

Gbajabiamila’s ultimatum received applause from a large section of the lawmakers.

Transformer Breaks Down Two Days After It Was Commissioned In Kano