The National Bureau of Statistics said that a large number of Nigerian households surveyed in June lack sufficient water they needed for hand washing.

Frequent handwashing with soap is widely advised as a preventive measure against COVID-19.

The NBS, in its latest COVID-19 Impact Monitoring report, disclosed the findings of the second round of its Nigeria COVID-19 National Longitudinal Phone survey conducted last month.

It said, “Despite high awareness of safety measures, almost a quarter of respondents do not have sufficient soap to wash their hands.

“In the baseline, soap and cleaning supplies were the most commonly needed items, and most families confirmed that they were able to purchase soap when needed.

“In June however, nearly a quarter (24 per cent) of households did not have sufficient soap to wash their hands and about seven per cent of households also reported insufficient access to water for handwashing.

“Poorer households were more likely to have insufficient access to soap and water to wash their hands.”

The report said the shortage of water for drinking and washing hands faced by households was primarily due either to a disruption in the supply or inability to access the source of water.

It added, “However, a large share of households also reported that they could not afford to buy sufficient supplies of water (17 per cent for drinking water and 28 per cent for handwashing water).

Households reported not having sufficient soap to wash their hands was the inability to afford enough soap (79 per cent).”

The NBS described the COVID-19 NLPS as a monthly survey of a nationally representative sample of 1,950 households to monitor the economic impact of the pandemic and other shocks.

It noted that the survey was launched in April 2020 with support from the World Bank. 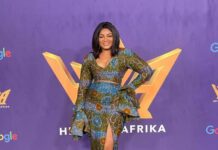 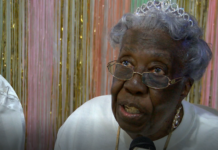 Six foods to avoid during Ramadan