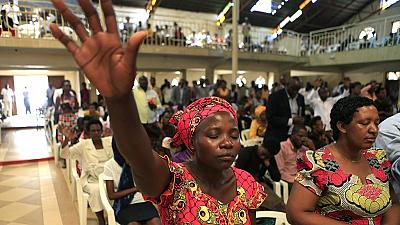 Ekiti State Commissioner for Environment, Gbenga Agbeyo, said on Thursday that only mosques, churches with approvals will reopen.

It said places of worship that met the stipulated COVID-19 guidelines and issued with the certificate of fitness would be allowed to reopen on Fridays and Sundays as earlier directed by the Governor, Dr Kayode Fayemi.

However, Muslims in the state, under the aegis of Nigerian Supreme Council for Islamic Affairs, Ekiti State Chapter, suspended reopening of all major mosques across the state since all the safety protocols could not be met within the timeframe stipulated by the government.

Agbeyo said in a statement in Ado Ekiti, the state capital, that all the churches and mosques must comply with the COVID-19 safety protocols to avert the spread of the deadly disease, saying provision of requisite facilities remained the prerequisite for reopening.

The commissioner listed the prerequisites to include that the religious centres must fumigate their premises and provide running water in front of their buildings to ensure regular hand washing.