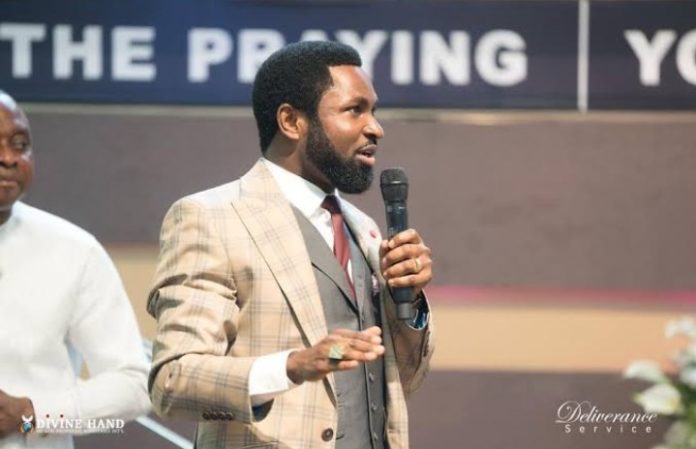 Abuja-based Prophet Omale who was named in the money laundering investigation against suspended acting Chairman of the Economic and Financial Crimes Commission, Ibrahim Magu, has denied the allegations.
Omale was alleged to have served as conduit for buying a property in Dubai worth N573m on behalf of Magu’.

Apple’s Bite Int’l Magazine gathered that Prophet Omale, who is also the General Overseer of Divine Hand of God Prophetic Ministries International, Abuja, said this in a pre-litigation letter addressed to the News Agency of Nigeria on Monday.

According to a letter signed by his lawyer, Chief Gordy Uche (SAN), the cleric said he indeed met Magu in Dubai earlier in the year but it was not for the purpose of purchasing a property, noting that the suspended EFCC boss had traveled to Dubai for medical reasons and he only prayed with him.

The cleric said the NAN report reeks of calumny, denigration, actuated by malice, and is calculated to ridicule and disparage him and cast a stain on his reputation; expose him to public hatred and contempt and injure him in his religious calling, as the General Overseer of Divine Hand of God Prophetic Ministries International.

The letter read in part, “We, however, wish to make the following clarifications to put the public records straight: That our client is the General Overseer of an Inter-denominational/Multi-religious Prayer Ministry.

“That our client, only visited Mr. Ibrahim Magu in a hospital in Dubai, United Arab Emirates, sometime in March 2020.

“That our client never laundered any funds whatsoever for Mr. Ibrahim Magu or for anybody whatsoever. Our client does not own any foreign bank account anywhere in the world. 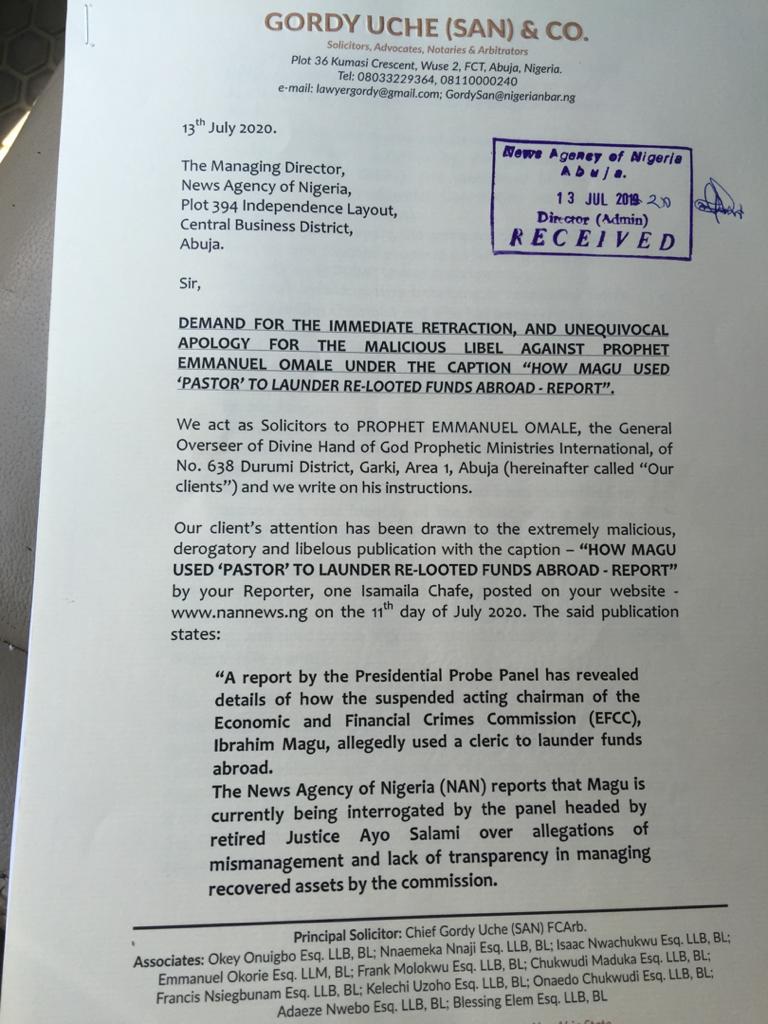 He subsequently asked the Federal Government-owned news agency to retract the publication which had severely injured his reputation, character, and calling.”

The cleric asked NAN to restrain itself from further defamation of his character or a libel suit of N1bn would be instituted against the agency.

NAN had on Saturday published a story citing a report issued by a Presidential panel set up to investigate the EFCC between 2015 and 2020.

The report which had been submitted to the President, Major-General Muhammadu Buhari (retd.), accused Magu of being unable to account for the interest generated from cash recoveries of over N500bn.

In the report, Magu was accused of buying a property in Dubai through the Omale.