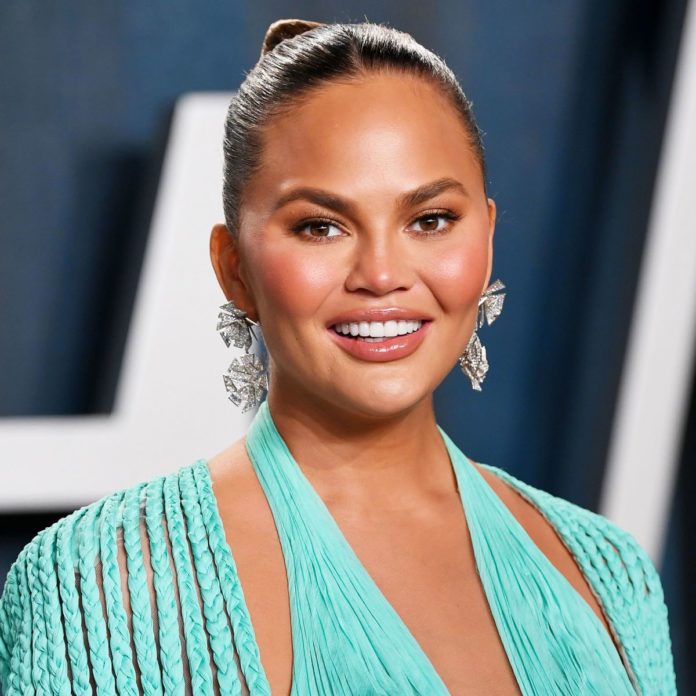 Chrissy Teigen revealed she has blocked more than one million people on Twitter after her account was ‘flooded by sick psychopaths’.

On Tuesday, the model, 34,  admitted that she was ‘worried for her family’ after receiving vile attacks on Twitter from conspiracy theorists who have been bizarrely linking the model to convicted paedophile Jeffrey Epstein since last October.

Later that day, the mother-of-two said she had spent the day ‘venting and crying’ after being subjected to vile abuse on the social media platform, where she boasts 13.1million followers. 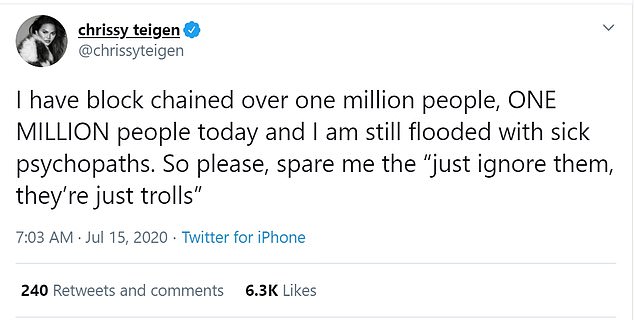 She wrote: ‘I have block chained over one million people, ONE MILLION people today and I am still flooded with sick psychopaths. So please, spare me the “just ignore them, they’re just trolls.

‘Anyhow I’ll do my best to stop entertaining them. They have definitely been living for this and have zeroed in on ONLY me.’

The star then praised American journalist Yashar Ali for supporting her during the turbulent time, adding: ‘Thank u to EVERYONE for helping me, in and out of the dm’s. People I’ve never met have been so, so kind and huge thank you to @yashar especially

When one user questioned why the model was getting so ‘defensive’ Chrissy responded: ‘this I don’t get. everyone thinking I’m guilty because I’m defensive. You understand you are calling me a pedophile, correct?’

At one point, Chrissy tweeted ‘I don’t know how to stop this’ as she appeared to get increasingly frustrated over being bombarded with the wild claims.

Last October, the model and TV personality forcefully shot down rumors she and husband John were on Epstein flight logs.

Convicted pedophile Epstein allegedly had ‘island logs’ of everyone that flew on his so-called ‘Lolita express’ to his private island, Little St. James, which has been nicknamed ‘pedophile island.’

#BBNaija3 Evictees Back In Nigeria, Pictured In Cool FM Studio