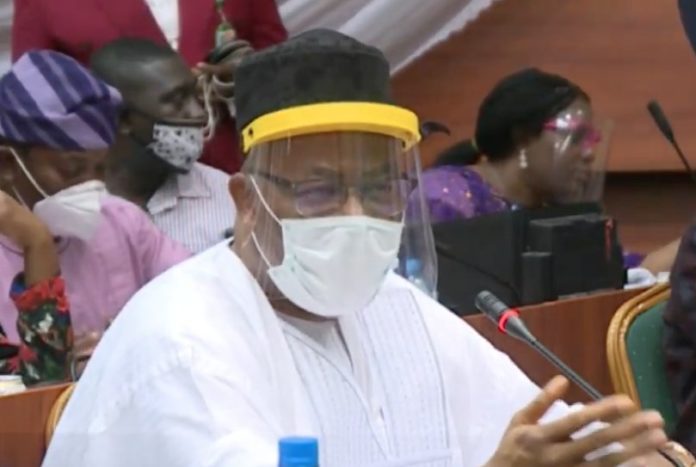 The Minister of Niger Delta Affairs, Senator Godswill Akpabio, has replied to the National Assembly denying he said that the lawmakers got 60 per cent of the contracts awarded by the NDDC

The Speaker, Femi Gbajabiamila, who announced the receipt of Akpabio’s response, said the minister claimed to have referred to old contracts awarded by the NDDC which had not been paid for and some of which are part of the constituency projects of the lawmakers.

Gbajabiamila said Akpabio’s response would be referred to the Committee on Ethics and Privileges to look at the merits of the minister’s arguments.

The minister’s response came after Gbajabiamila said the lawmakers would sue Akpabio for failing to prove that NDDC awarded contracts to them.

Rescued Woman Explains Why She Wanted To Jump Into The Lagoon