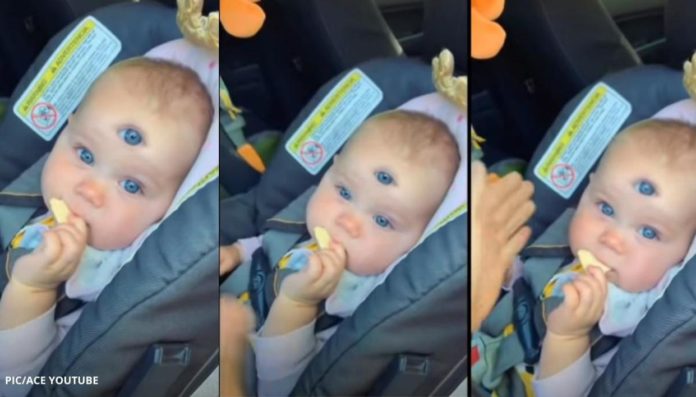 A viral video on social media claimed that a three eyed baby was born in Germany. However, the claim was debunked and has been termed as false news

A video of a three-eyed baby born in Germany is doing rounds on social media. The video which is being circulated on YouTube, Facebook and Twitter shows a baby with two normal eyes and one on the forehead. While such videos are generally passed off as fake, this one gained attention as some social media pages had shared the video with a post saying that an Indian sage had predicted about the birth of such a baby centuries ago. Here’s the video in question:

In the video, the three-eyed in Germany is called ‘Zack’ by an unknown voice after which a female voice follows. The baby is sitting on a stroller. If the video is observed closely, the third eye on the forehead of the three-eyed baby is superimposed digitally. The movement of the eye on the forehead is as same as the left pupil which is a give away that the video is a case of digital editing. According to video editors, such kind of editing is very much possible and simple as well.

As the video started going viral on social media and WhatsApp, a number of people took to Google to search more about the three eyed baby born in Germany.

However, there was no credible evidence that can be said that such a baby was actually born. The same video has also been flagged off as fake.