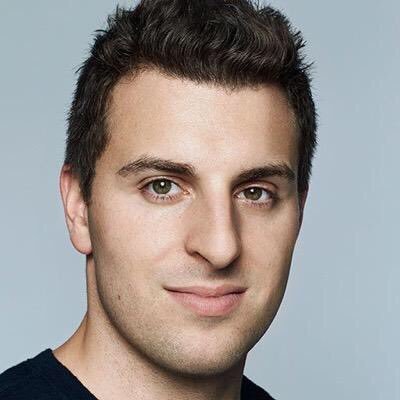 Airbnb co-founder and CEO has issued the dire forecast that travel will never recover to its level before the coronavirus pandemic, saying that his company had been devastated by the crisis.

‘Travel has changed forever,’ Brian Chesky told Yahoo Finance in an interview published on Tuesday. ‘The world of travel as we knew it in January is never coming back… I feel confident very about that.’

‘We spent 12 years building our business and within six weeks lost about 80 percent of it,’ he said of Airbnb, which was reportedly valued internally at $26 billion in early March, and was forced to suspend plans for an initial public offering when the pandemic hit.

‘It felt like you on a ship and it was getting sideswiped. It was incredibly intense, everything was breaking at once,’ Chesky said, adding that business has rebounded in the months since.

Chesky was adamant that the experience of the pandemic will alter the way Americans travel forever.

Business travel may never rebound to pre-pandemic levels, he said, after companies grew comfortable using videoconferencing for meetings from afar during lockdown.

Vacation habits may also shift long term, as more Americans choose closer destinations that can be reached by car, and opt for rural destinations rather than big cities, Chesky said.

‘People are saying they do want to get out of the house, regardless what country they’re in,’ Chesky told Yahoo Finance editor Andy Serwer.

‘But they aren’t right now super comfortable getting on airplanes. They want to get in cars, and they want to travel not more than 300 miles away or 200 miles, a tank of gas,’ he said.

‘A whole bunch of people who thought they had to get on an airplane and go to a city and stay in a central district realize, well, there are 400 national parks in the United States, and I live near one and maybe I should go see a natural park,’ he adds. ‘Suddenly, you can’t like undo all this knowledge.’